So everyone (well let's hope everyone) knows that there are certain mannerisms to have whilst out on a date.

#1. Talk, therefore not making it awkward. But not enough to tell your life story

#2. Put the cell phones and other electronic devices away. (Unless it happens to be serving the purpose of background music... aka cell phones still don't count!)

Annnnnd so on and so forth. There are lots more. Perhaps I'll post a 101 to dating... Did you know I'm dating queen? Always a date, never a bride! ha. Anyways, back to my original reason to why I'm posting about these.

I recently went on a date where these three key elements sort of fell flat. Not by me. By my date.

I feel that I'm a pretty courteous date. I turn off my phone/put on silence so as not to disturb my night. I talk during the date so as not to make it awkward. Because TRUST ME, I can make it awkward and it can be funny or horrible for said date. And I have fun. I don't expect anything since we're not dating.

Let me tell you my story though (since we're, and I mean me, on the topic of boys and such)...

It starts out by me getting asked on a date, then going. I got to pick where we went for dinner, he had to come up with the rest. We were having fun. We ordered our food to go and went to eat on some benches before actually going to his part of the event. ***side note. I always bring money now. Big mistake I'll tell you about at the end.*** He pulled out his telephone. I give a break for the first time, second time is pushing, from there... well read on. He did whatever, then we got back to conversation.

Then we went to a concert for the latter part of the date. He pulled his cell phone out again, and again I said/did nothing, while driving. We arrive at the concert, the talk falling short now because he's distracted. Then we arrive.

He uses his phone again, makes a joke about who's calling. On the third time using a cell phone, that's when I whip out mine. You use yours so I'm obviously not important enough for one night. And you being obnoxious with yours means the same thing for me. I begin to text. He doesn't make mention, though I see him look while I text. By this time, that "talk" concept has kind of fled the building. He uses his phone again, so I use mine, laughing at the text and what not. Again noticing, and taking hint this time that "AH! When I use my phone, she uses her. Must stop!"

So it does stop. We're back on track to having fun, mingling, and no phones. Then, at the concert outside in Phoenix, he stops the having fun part because not knowing the songs. I don't mind. I just like the environment. So chill and fun. Not to be convinced though, we leave because of the lack of fun.

Anyways, the date was fun.

But the moral of the story: Don't use your cell phone, I won't use mine, therefore making all conversation cease and stopping the fun.

One time, I got set up on a date. Or so I thought. I was out of state and visiting so I didn't really have any funds because I was just babysitting for cheap money and didn't think to bring a purse, aka the cheap money. This boy and I go to a restaurant and movie. At the restaurant, after eating, he asks if we're going dutch, I pay for mine, he for me. WHAT? This, to me, is not a date if going dutch. Maybe that's just me, but I'm old fashioned. I have to say that him that I didn't bring any money in the restaurant. He says it's OK and pays. But then at the movies asks again. This time I'd thought more thoroughly and had brought in my cash. And it was a good thing, because I paid for my movie too. BAH!

So moral of the story: ALWAYS bring money. Even if you are POSITIVE the person is going to pay. It never hurts.
From the life of Meredith

It used to be that a Man asked a Woman out on a date and he always paid...Because a man is supposed to take care of the woman, because a woman couldn't take care of herself.

Obviously that's not the case anymore. A woman can absolutely take care of herself by herself.

And it has confused a lot of things dating- and marriage-wise. I was raised that if you ask comeone on a date, you pay for yourself and the person you asked. This applies to both girls and guys. But a lot of young adults, male and female, are being taught that a date is dutch, unless the asking party specifically states that they will pay for everything. It makes sense...if you're date is just going to consist of going to a cheap dinner and a movie. And it's really not that big a deal, as far as casual dating goes.

But if you're taking someone on a date of Courtship, well that is entirely different in my book. And I think that is the key. You want someone to Court you. To surprise you with a romantic evening. To woo you with a heartfelt declaration of love. But that just can't happen when you're too busy trying to divy out who pays for which part.

And I've got to tell you, my Hubby is a master of going over the top. If I'd had to pay for half our dates, I would have stopped dating him just from the sheer embarassment of not being able to afford "my half".

Luckily, my guy is an old-fashioned guy. He was raised that Yes, a woman can take care of herself but it can also be your privilege to take care of her if you treat her with respect.

Well, I think that is enough rambling for one comment.

And absolutely NO CELL PHONES!

The only exception to this is if you are dating a med student and he is on call. Otherwise, NO.

Although, I think the you have to talk rule is lame. But only because I had a really hard time with that one. I was so shy that I had the hardest time starting a conversation and when I finally would I was so nervous that I usually just fizzled out after a couple minutes talking. So I guess your rules not lame...I was just lame.

Thank goodness I met Hubby, who can carry a conversation all by himself and loves that I'm such a great listener. Haha. ;)

I AGREE! If a girl asks a boy, then she should be the party to pay. That's what I do... But I think, just maybe, we were raised by the same woman and man, so therefore we share similar rules! haha!

If I date a Med student, then I will marry him, for he will be mine. And knowing he is "on call" will be H-O-T! haha jk, kind of. 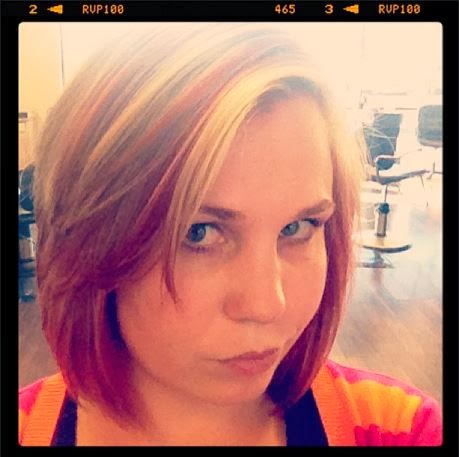